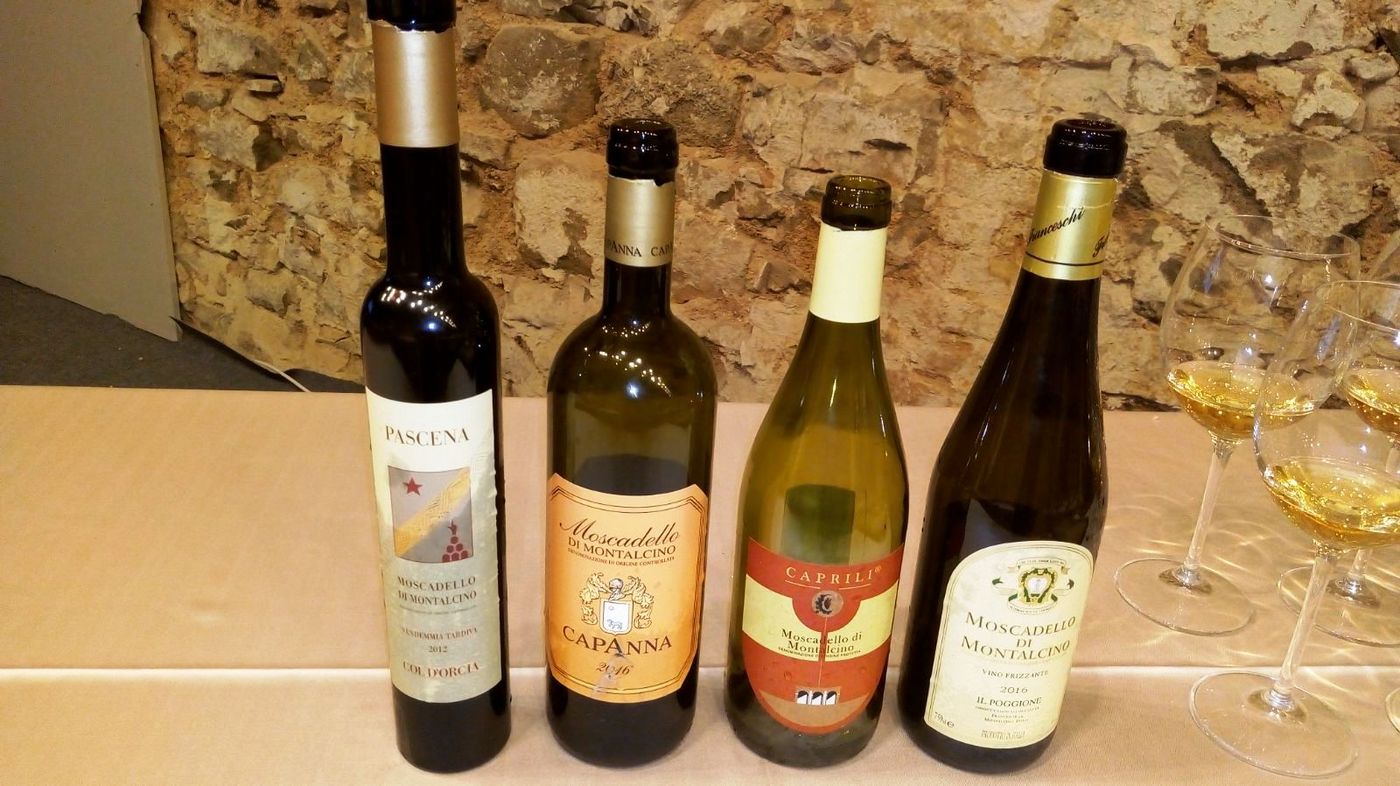 Centuries before Montalcino became famous for Brunello, the king of Italian red wines that is famous and appreciated in every corner of the world today, Moscadello ruled the scene and was widely renown among connoisseurs of good wine. In 1685 Francesco Redi defined it, “leggiadretto / del sì divino / Moscadelletto di Montalcino”. [Light hearted, divinely confirmed, Moscadello of Montalcino]. Praised by Giovanni Antonio Pecci in his “Memorie storiche della città di Montalcino” [historical memoirs of the city of Montalcino] and praised by Emanuele Repetti in 1833, even the great poet Ugo Foscolo described a good glass of wine, which comforted him during his literary efforts. He was pleased to offer friends this ancient nectar that was already mentioned in a letter from Venice dated 1540 in which the author Pietro Aretino thanked a friend for the gift of a “caratello di prezioso, delicato Moscadello” [box of precious, delicate Moscadello]. In the early 1600s Pope Urban VIII, discretely “solea spesso richiederlo per sé e per la sua Corte” [often requested it for himself and his Court]. The glorious history of this dessert wine is currently narrated by a dozen wine cellars that have chosen not to forget the roots of the land’s winegrowing tradition. Moscadello, which was awarded the acknowledgement Controlled Designation of Origin in 1984, is the ideal dessert wine for sweet pastries and dry biscuits and cakes. It is produced in 3 variants: Frizzante (sparkling), Tranquillo (calm) and Vendemmia Tardiva (late harvest). The first is pale straw yellow, Tranquillo is darker and Vendemmia Tardiva is pale golden yellow. Typical scent: manifests the balanced and fresh aroma of moscato, with floral hues based on the type of raisining. The palate savours the pleasantly sweet and aromatic harmony of Tranquillo. Frizzante also offers the inviting sparkle of light perlage. Vendemmia Tardiva presents a velvet smooth elegance and the enveloping pleasure of a dessert wine. Moscadello di Montalcino Tranquillo and Frizzante must be savoured young, while Vendemmia Tardiva best expresses itself as the years go by.