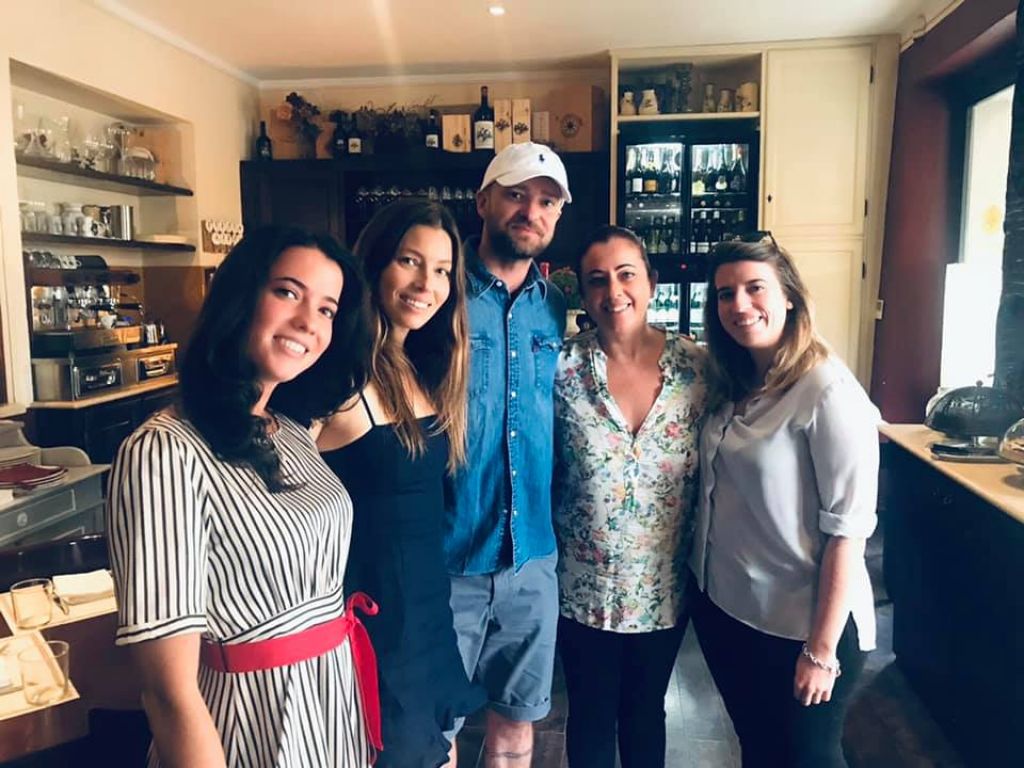 The tail-end of summer is bringing Montalcino welcome surprises that rhyme with visits. Among them was that of a couple of authentic stars who chose the home of Brunello for a few hours’ rest and relaxation. We’re talking about Justin Timberlake and his wife, actress Jessica Biel. On the couple’s trip to Tuscany, a place they love going by the number of times they come back to these parts, they took the opportunity to stop off in Montalcino.

Timberlake, who has over 56 million followers on Instagram, is a successful musician and producer with a string of Grammy awards to his name. In 2013, Time included him in its list of the world’s 100 most influential people. Married to Jessica Biel (guess where – in Puglia, Italy is their “second home) after a relationship with Cameron Diaz, Timberlake and Biel are among the star system’s most famous celebrity couples. Montalcino was delighted to welcome the couple, who lunched at Vineria Le Potazzine where they enjoyed the renowned local cuisine and tasted a fine Brunello (which they then bought), the wine that Timberlake also chose at a restaurant in Siena during a previous vacation. A good dose of visibility for Montalcino and its Brunello considering the mind-boggling number of followers Justin and Jessica have on their pages. They already knew Montalcino but could not resist coming back again. See you soon!