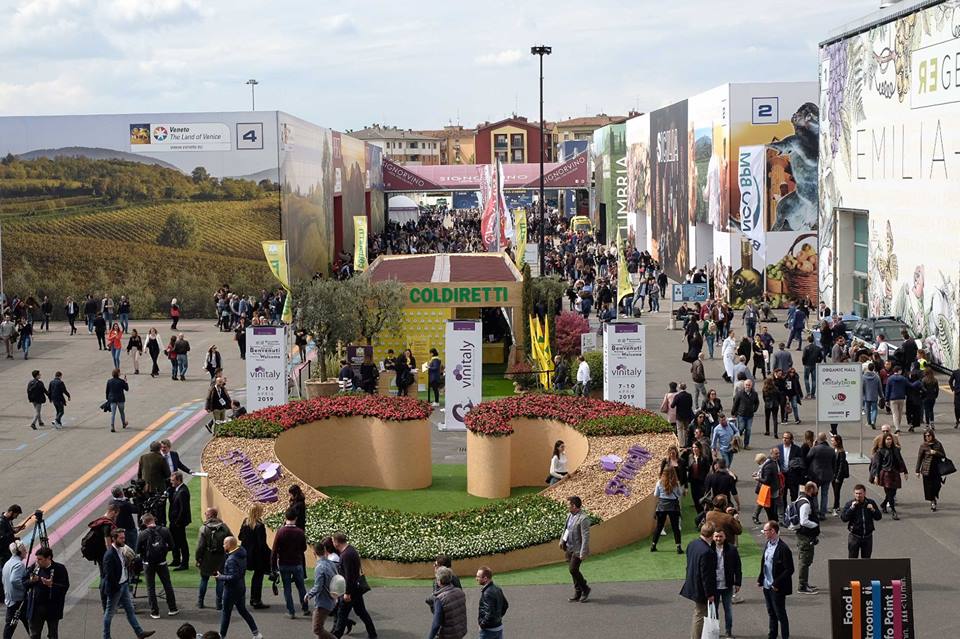 About 300 labels presented for tasting by 164 producers, a keen interest expressed by emerging countries and some pleasing confirmations from traditional markets such as the United States. As the gates close at Vinitaly – the 53th edition of the biggest wine fair in the world held in Verona from 7 to 10 April – Brunello di Montalcino takes stock of its success. One out of four Tuscan wineries taking part were from Montalcino, evidencing the importance attached to Brunello (and not only: of the 297 wines on display, there was also Rosso di Montalcino, Moscadello and Sant’Antimo). “We are perfectly satisfied with this edition – explains Consortium President Patrizio Cencioni – the popularity of Montalcino is increasing all the time on both consolidated and emerging markets, such as Hong Kong and China”.

True to tradition, Opera Wine provided a preview of Vinitaly, at the Palazzo della Gran Guardia. This Grand Tasting event, organized in partnership with the US magazine Wine Spectator, whose prestigious guest list included 103 Italian wines, comprising six Brunello labels (signed by Baricci, Lisini, Livio Sassetti, San Filippo, Canalicchio di Sopra and Eredi Fuligni). “Brunello has a longstanding tradition and a great reputation with American consumers so it is just a question of maintaining that position with the great quality producers are delivering year after year”, commented Alison Napjus, senior editor of the US magazine, whose recent survey revealed that Brunello tops the preferences of US consumers (33%), followed by Barolo (26%) and Chianti (11%). However, Brunello has also focused its sights on new markets, such as China. In the three days of the Vinitaly event, as the Consortium booths organized special tasting sessions for trade operators, buyers and foreign delegations from all over the world, but primarily from the East, the Casisano winery promoted an event titled “The world market of Italian wine, outlook and prospects of the Montalcino appellations”, moderated by Sole 24 Ore journalist Giorgio Dell’Orefice, during which, Denis Pantini of Nomisma presented some interesting figures on the future of Brunello which, in the next 5 years, is expected to grow by more than 3% in China and Hong Kong and by 1-3% in Japan, US, Canada and Russia.